What You Should Know About CBD and 5+ Drug Interactions 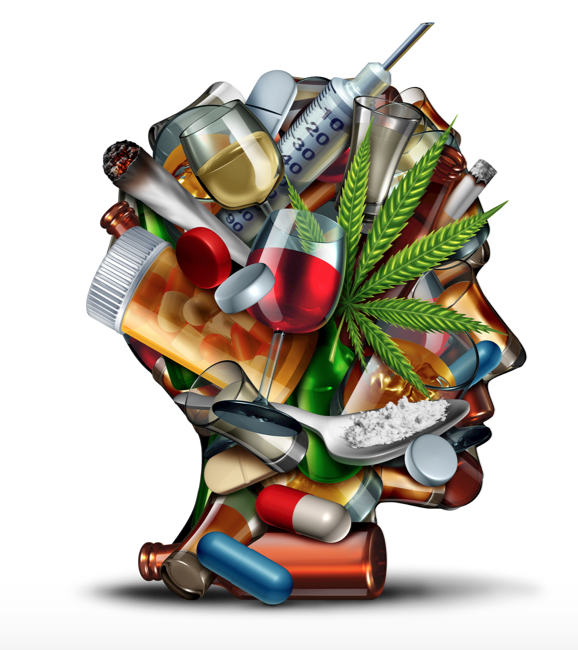 One of the most commonly discussed side effects of CBD is its potential ability to interact with other medications to lower their rates of metabolism or absorption. Before a drug can produce its effects, it must interact with its receptors or target sites found in the body system. This kind of interaction could be naturally competitive since some other drugs are also processed in the same manner and hence, may need the same type of receptors or target sites to be activated. In this article, we shall discuss the possible interactions between CBD and prescription drugs.

What is drug interaction?

Drug interaction is the change in action or potential effects of a drug that is triggered by the simultaneous administration with another drug, beverage, food, or supplement. It is an important factor to be considered before prescribing any medicine.

In the US alone, over 36% of the elderly population (about 4 out of every ten seniors) use five or more drugs or supplements to stay fit. This alone can enhance the risk of possible drug-drug interactions by over 15%. It was also observed that about 1 in 12 children or adolescents (most especially among adolescent girls) are at a higher risk of experiencing drug-drug interaction.

How does CBD interaction occur?

The Cytochrome P450 (CYP) is a class of enzymes that is responsible for metabolizing drugs. It contains enzymes that have the potential to bind and metabolize various groups of chemical substrates with drugs inclusive. CYP P450 acts by making chemical more water-soluble and has been known to metabolize 60 to 80% of all pharmaceuticals consumed in the body. CYP is located in the lungs, liver, and other tissues found in the body. The moment CBD is present in circulation, it can activate or inhibit the activity of the enzyme from metabolizing these drugs hence resulting in delayed or increased dosage.

The mechanism of activity between Cannabinoids and CYP proceeds via the following pathways;

Allosteric modulation. This is when CBD changes the structure of the active site on the CYP enzyme, and so making it unavailable to receive the incoming drug. This principally increases or lowers the enzyme’s binding power with any pharmaceutical product. Allosteric modulation can equally serve positive and negative roles in treatment. The negative allosteric modulatory effect of CBD has been spotted to serve important roles in treating Central Nervous System and Peripheral disorders by preventing the unfavorable effects of CB1 receptors in breaking down THC and other compounds.

Altered gene expression. It is identified as one of the common extreme instances of drug interaction when CBD can alter the gene encoding a CYP enzyme and result in a reduction in the total concentration of the enzymes in the cells. This may affect the enzyme’s potency to metabolize certain compounds found in the body

Competitive inhibition. Just as the name implies, competitive inhibition occurs when CBD inhibits the absorption of other medications that depend on the CYP for activation. Most times, CBD is bounded to the CYP active site and prevents the other drug from accessing it. The drug will not be metabolized when this happens; hence it will circulate for as long as possible. Data obtained from animal studies have revealed how pretreatment with CBD can enhance the brain levels of THC through competitive inhibition. This lowers the rate at which THC is converted into its potent metabolite thus, causing THC to stay active longer than usual. In another study published in 2013, it was reported that when 25mg of orally ingested CBD was administered, it could inhibit the metabolism of an anti-epileptic drug.

Some drugs that should not be administered with CBD;

Alcohol. The presence of alcohol can enhance THC levels after vaping or smoking, thus predisposing the body to psychoactive effects. Although the effect disappears with time, it can result in unfavorable side effects on the brain.

Valproate. It is commonly used as a prescribed medication for epileptic seizures. The presence of CBD can enhance the liver levels of the drug, thereby triggering the possibility of liver injuries among patients. Some clinical trials have revealed how epidiolex can increase transaminase levels by more than 21%. The situation increased when valproate, clobazam, and CBD were administered together.

Clobazam. This is a drug used in treating seizures in children and adults. CBD can prevent the activity of the CYP P450 enzymes and enhance the plasma levels of clobazam, thus enhancing its side effects.

Theophylline. It is utilized in treating lung-related diseases such as bronchitis, asthma, and emphysema. Research has revealed that smoking marijuana may reduce the drug’s effect. Meanwhile, it is not clear if the end result is caused by the presence of cannabis or smoking since smoking can equally produce the same effect.

Warfarin. CBD and THC can inhibit the activities of warfarin and increase the possibilities of bleeding.

Some other drugs that may interact with CBD are: steroids, HMG CoA reductase inhibitors, calcium channel blockers, immune modulators, benzodiazepines, anesthetics, beta blockers and more.  We suggest you consult with your primary care physician or a pharmacist.

Although CBD is declared safe for consumption, adequate care must be taken to take note of its potential side effects. Apart from interacting with prescription drugs like warfarin, theophylline, and clobazam, it can also promote fatigue, diarrhea, irregular eating habit, and sedation. If you intend to try a combined therapy with CBD products, we suggest you consult with your physician or CBD experts. This will serve to lower the possible side effects attached with CBD-drug interactions.

Don’t forget to contact us if you have any questions about the use of CBD and other possible side effects. We would love to hear from you.